Nightmare of passengers stranded on drifting yachts in Norway

An American passenger could not forget the moment when she heard horrible noises and the ship shook, the water rushed in.

Viking Sky’s yacht carries 1,373 passengers and crew when its engine is suddenly broken in Norway’s famous wave-prone coast. The crew sent an emergency signal at noon on March 23. In the dark night, 5 helicopters rescued hundreds of tourists on the ship wobbly on the wave. The rescue took place in difficult conditions, severe weather with wind gusts of nearly 70 km/h and waves of up to 8 m.

Passenger Dereck Brown replied to Norwegian newspaper Romsdal Budstikke: “We saw two people taken off the boat on a stretcher. Everyone was alert, many were scared but still calm.” Around 16:30 on March 24, the yacht docked after 6 hours was towed to the sea, the New York Times reported. All the remaining passengers on the boat were safe, and began flying home last night. 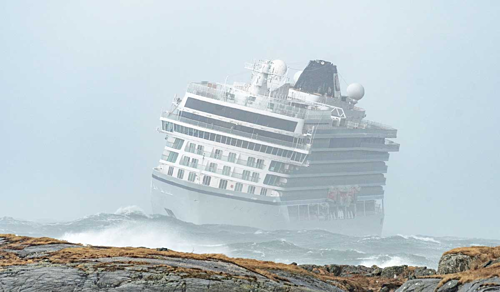 “We confirmed 20 people were injured in this incident, and are being cared for at medical centers in Norway, some have been discharged”, Viking Ocean Cruises, a company representative said. Carolyn Savikas from Pennsylvania (USA) could not forget the moment when she heard “horrible noises” and the ship shook, water rushed in. “We were sitting in a restaurant when suddenly a big wave rushed over, the water was all over the floor. All I saw was the limbs, the water and the tables and chairs, just like what you saw in Titanic”, she said. answer Norwegian newspaper VG.

Rodney Horgen, who lives in the state of Minnesota (USA), went on a cruise to Norway to make his pilgrimage longing for his hometown, but the experience quickly turned into a nightmare, according to AP. The 62-year-old man knows what happens when the yacht is tilted, all passengers are taken to a central room where there is a lifeboat. He felt like the end of the world when a big wave broke through the window, dragging his wife, Judie Lemieux, down over 9 meters on the floor. 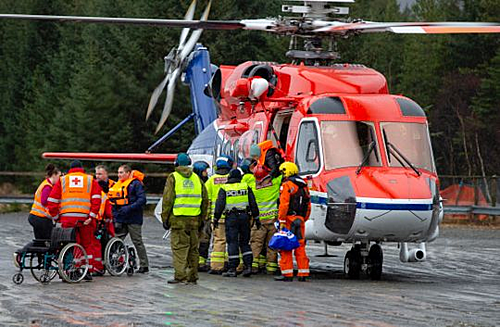 “When the windows and doors opened, the two-meter-high water stream swept away many people and the furniture went a few meters away. I grabbed his wife’s hand but could not hold it tightly. thrown in the opposite direction when the wave changed direction”, Mr. Horgen recalled.

Many passengers were injured due to broken glass cutting into their hands and face. Despite being a veteran fisherman, Mr. Horgen has never experienced such a violent sea. “I don’t expect much. I know how cold the water is, where we are, what the waves are, and everything. You won’t be able to stay for too long. It’s horrifying”, he said. 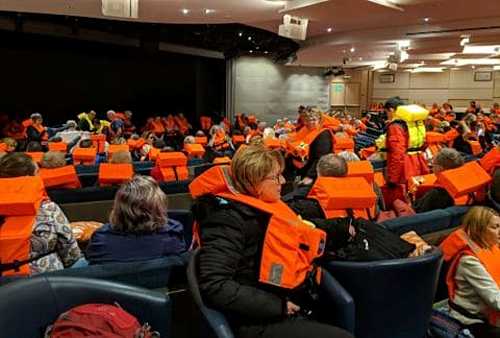 Police said the crew was afraid of the stranded ship, so they managed to dock in Hustadvika Bay so that the rescue could take place. A tugboat and two other ships support Viking Sky from the bay to Molde, Norway.

Before the accident, the yacht took passengers through the towns and cities of Narvik, Alta, Tromso, Bodo and Stavanger (Norway), scheduled to arrive at Tilbury on the Thames (England) on March 26. The 12-day trip begins on March 8 in Bergen, northern Norway. Passengers on board mainly carry US, British, Canadian, New Zealand and Australian nationalities.