6 Destinations You Have To Come When Travelling Korea

Posted on December 9, 2018 by Tammy Lawrence

50 years after the civil war, causing heavy losses, South Korea has boom with the senior municipality as Seoul, Busan, Daegu, Incheon… However, South Korean tourism also has the unique natural landscape to attract visitors. Especially the location of the Korean films across Asia also became the proud attractions of the South Korean tourism.

As a district in the city of Changwon, South Korea, Jinhae is famous for the annual Cherry Blossom Festival in the spring. Two most beautiful locations to see the cherry blossom of South Korean tourist is at the Kyeongwha train station and in the Yeojwa Canal in Jinhae. Espeacially, in the Yeojwa Canal couples can step through the picturesque Romance Bridge, the location to make the film named “Romance” with the attendance of famous couple starring Kim Ha-Neul and Kim Jae Won. 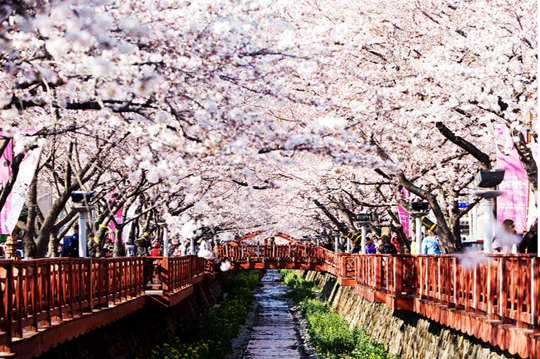 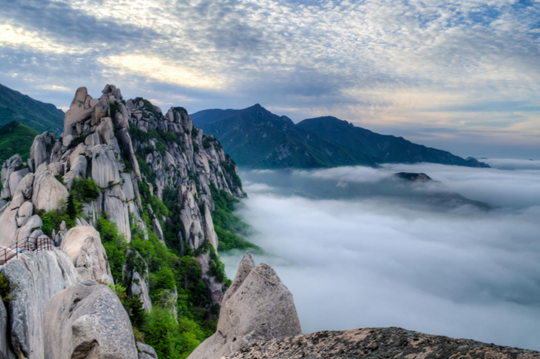 Seorak is the third highest mountain in South Korea. It is located in the Northeast of Gangwon Province. Seoraksan National Park is South Korea’s travel treasures with many featured attractions such as the rock cluster Ulsanbawi with 5 ice cubes which are located next to each other, on the top of each block has a concave slot form as cauldron. There also has the Valley of thousand Buddhas, which is known as the Valley of Seorak because the two sides of the Valley are the mountain ranges arranged as two rows of Buddha statues.

Jejudo Island is the renowned island of South Korean tourist, appeared and was referred in so many TV movies of this country. To explore the whole island takes you bunch of time. Some of the featured destinations is the coast line in the East of Seopjikoji with volcanic boulders in all shapes, Seongsan Ilchubong mountain (also known as the Sunrise Top) – a 5000 years old crater has great vision at dawn, and mount Halla with the setting of the trees daihyakka ice and snow-covered in winter. 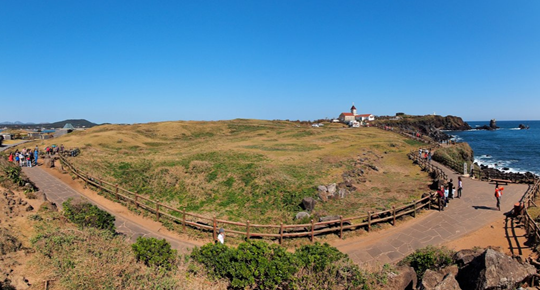 In Seopjikoji has the house where making the film “All In” by two stars Song Hye Kyo and Lee Byung Hun. In addition, Udo Island very close to Jejudo is also a popular destination of tourist in Korea. Here also has the coastline with coral red rare Rhodolith. 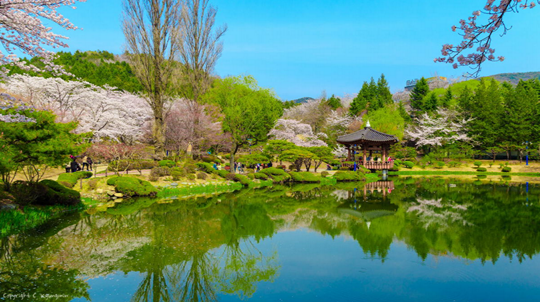 Bomun gazebo is located in the city of Gyeongju, the former capital of the Shilla dynasty. This is one of the tourist destinations of South Korean. When you come here, you can enjoy the beautiful scenery throughout the four seasons: spring cherry blossoms, green leaves in spring, golden yellow color and red autumn leaves, along with the white winter snow layer. 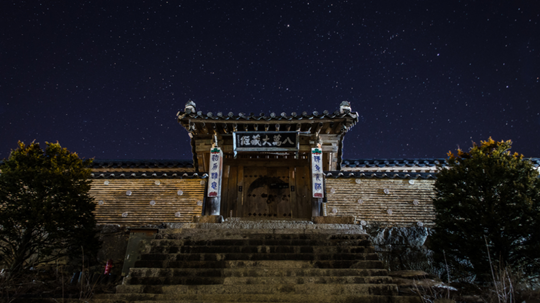 Haeinsa temple is 1200 years old and this the temple kept the oldest Buddhist in the world, volumes of the Tripitaka Koreana. The temple also has the oldest Korea wooden statue. This is an important Buddhist destination of Korean tourism. 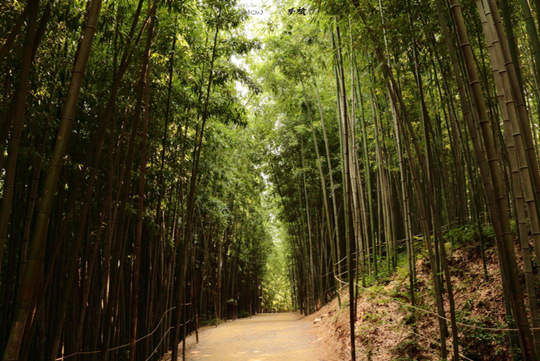 Juknokwon bamboo garden located in an artificial landscape overall behind a school in Damyang Confucian, Jeollanam Province. Here you can find a bamboo forest that covered the wide area, with waterfall and gazebo. This is one of the destinations of travel Nearby South Korea.